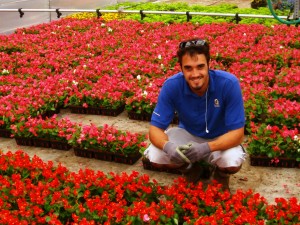 When Alvero Machado, from Brazil, joined CAEP Horticulture, he wanted to build his resume, improve his English, and experience a different lifestyle. Now, Alvero is participating in his second CAEP Horticulture internship in preparation for his graduation in January 2014.

“I’ve learned a lot through the CAEP Horticulture program,” said Alvero. “I have had a lot of hands-on training and I have learned about planting techniques, fertilizers, insecticides, and differences between plants.”

Alvero was also able to learn about American customs and ways of doing business. “I’ve learned how to do a lot of new things from my hosts. Before my internships, I had never used a drill before. But here, everyone learns how to do everything and I was able to learn how to operate different tools.” 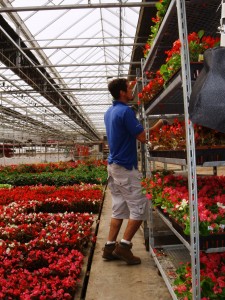 Learning about horticulture practices and techniques was only part of Alvero’s CAEP experience. He has also gained cultural understanding by meeting people from different countries and backgrounds. “Through my CAEP experiences, I have met a mix of friends. During my first internship, my best friends in the program were from Germany and China. It was great to see us all change together and become more open.”

Alvero actively worked to make friends with people from not only the United States, but also from different countries. “During my first internship, I experienced some language barriers. I could speak English but wanted to get better. Now, I can do a conversation in English. I am aware now of when I say something incorrectly and can work on improving. I would tell future participants to interact with people from other countries, not your own. You learn so much more than way.”

After graduation, Alvero plans on exploring the forestry industry in Brazil. “Having some background experience with plants and understanding how plants operate will be helpful in my future career.”

“For me, the program has been about gaining life experience. I have become more responsible, patient, respectful, and culturally knowledgeable.”