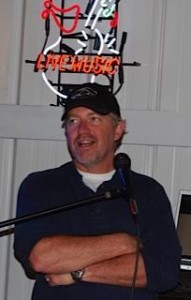 This blog is my thoughts on the program, history of how we got here, and what is in store for us next. Maybe I’ll throw in a bit of my personal opinions to spice things up.

Regardless, if you want to understand why we do what we do and why we have a passion for seeing young people get ahead in Agriculture, feel free to read away.

A little about myself. (the official version used for conferences)

Greg is the CEO of CAEP, (Communicating for Agriculture Education Programs) a Fergus Falls based international AG internship organization with offices in 23 countries and over 29,000 placements on four continents in all categories of Agriculture. He holds advanced degrees in Music and an Executive MBA from Babson College.

In 1980 after working abroad for two years, he made a turn from music to work for start-up companies Apple Computer and later, NeXT computer. He had the opportunity to work with Steve Jobs for the next twelve years. He then started several of his own companies including ISPN, which brought the internet to rural states in this region including all independent telephone companies in the upper Midwest and eastern seaboard. Greg was then asked by Novell to become a Strategy Director in IT Certification and Education under Eric Schmidt, current Executive Chairman of Google.

After two years at Novell, Greg went on to work as a consultant for the DoL in the development of their IT apprenticeship program. In 2006 Greg came back to his Fergus Falls roots to help develop CAEP into an International Agriculture Training presence.

His experience in large leading edge companies combined with start-up successes, gives Greg a unique perspective of both sides of involvement with corporate structures. His deep involvement with both the DoL and DoS lends an expertise of how apprenticeship, work, and training can co-exist in the business marketplace.

Now, here is the unofficial, from the heart version:

As you can see I had a great run in the technology world. There are only 2 lessons I really learned from Steve and Eric.

1. The journey is the reward. (Steve’s philosophy) You only live this life once and as my father says, “when your time is up – it’s up.” So think of yourself as an old man (or woman) sitting in your rocker with only your own thoughts to keep you company. Do you think back about I wish I would of or should of, or do you think about the great time you had and chuckle to yourself as the nurse wipes drool from your face.
2. One person can make a difference. Steve taught me that you always think big and not let someone tell you that you cant do this or you cant do that. Nobody who or what got in his way, he believed that he could make the difference. At the end of the day he did.

This is why I am doing what I am doing now. I took the business over from my father who started the program after he gave me the sugar water speech. What’s the sugar water speech? When Steve was a youngster running a large company, his board told him that to be taken seriously he had to bring in a seasoned professional to get big business to listen to his ideas. He approached John Scully, (the then CEO of Pepsi) for the job. As the story goes, he sat on a park bench with John and said, “John, you run one o the biggest companies in the world, but at the end of the day do you want to be remembered as the guy who sold sugar water to kids or as the guy that changed people’s lives”. John took the job. 3 years later he fired Steve from his own company. (there is a lesson there also). Dad said the same thing to me. “Son, you can change people’s lives by indirectly by working with computers, or you can change people’s lives by touching them directly and help them find their dreams”. Who could say no. I took the job and we have grown the company to be something which has a couple of big things going for it:

Someone needs to give a sh*t about Agriculture because hey… we all need to eat. We do. The world is a big place and we help make it become smaller one person at a time. I have never met a trainee who didn’t have dreams. We are here to make them see them, live them, and believe in them

Why go on a program?

About five years ago I met the CEO of Phillips Electronics for lunch. We started to talk about international education and he told me this story:

Why? because people who lived in another country have:

1. The ability to problem solve. If you have ever travelled to a foreign airport and lost your luggage and do not speak the language and have no-one but yourself to rely on to solve the problem, you are a problem solver.

3. They learn to rely on themselves. Everyone who lives in another country gets homesick. Whether it is family or friends you miss, you want more than anything just to go home to your safe place. But when you are halfway around the world, with little or no money and a limited way to call home, you grow up quickly and realize that you can only depend on yourself to make it better. After awhile, you start to see things differently and you handle things with more confidence – not asking someone else to solve your problems.

4. They have empathy for others. If you take all of the above, you begin to realize that people have to get along with each other and that your way may not be the only way.

Enough for now. Going home to see what my trainee accomplished today.