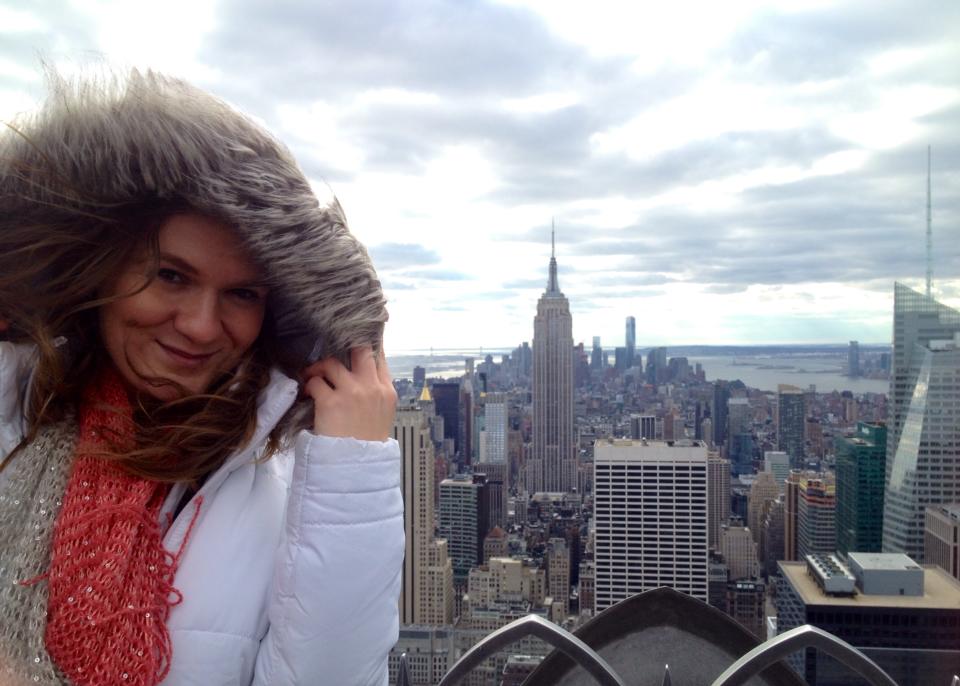 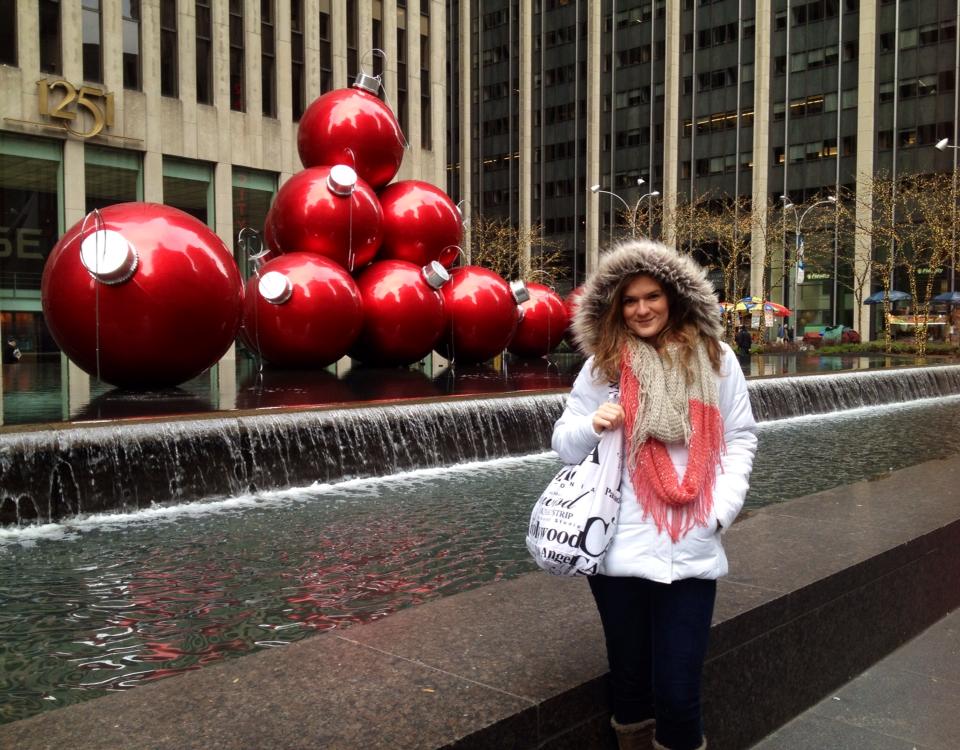 “Christmas in New York City was all really amazing,” Regina Feher said with a big smile on her face. “Being away from my family over the holidays was difficult, but the busier we stayed, the less time we thought about our friends and family back home.”  Regina has been participating in a CAEP Horticulture Training Program at Bergen’s Greenhouse in Detroit Lakes, Minnesota for the last 11 months. 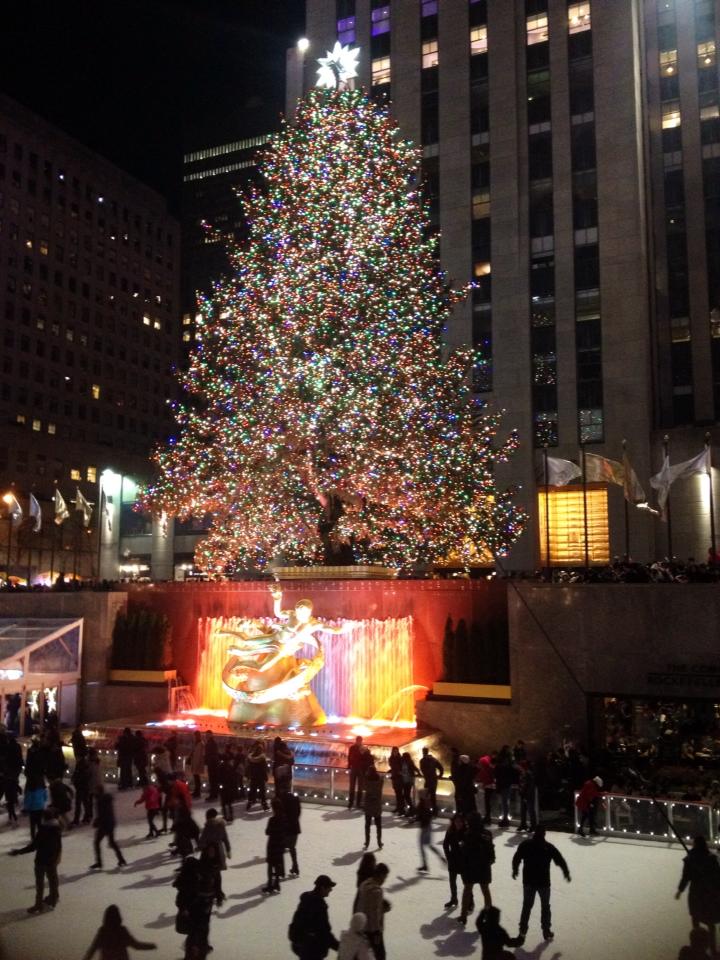 “Back home, many Christmas traditions are the same as in America. We decorate the tree and put lights up outside,” Regina explained. “But, nothing compares to the lights in New York City!  The only thing I found different about Christmas in America is that some Americans only celebrate on Christmas day and don’t have much time off of work.   In Hungary, we celebrate every day for three days, with the festivities starting on the 24th going through the 26th.”

Regina spent her Christmas vacation in New York City with a fellow CAEP intern from Hungary. Szilvi Gerencsér is also participating in a horticulture program and has been training at Kurt Weiss Danville Greenhouse in Danville, Pennsylvania. Regina and Szilvi found each other on Facebook and the CAEP Community when they arrived in the Untied States and decided to meet up. They have traveled to Las Vegas, California, and now New York City together.  The girls planned a week full of activities, including a full day of sightseeing on Christmas day.

“The first thing we did on Christmas morning was visit the Rockefeller Christmas Tree! Szilvi was very excited to see the tree because of where the tree had originated from,” Regina explained. The beautiful Norway Spruce tree was trucked into the city from Danville, Pennsylvania, the same city where Szilvi is training!”

The girls then took a quick stroll down the street to visit St. Patrick’s Cathedral. They were very excited to find that Christmas Mass was taking place when they arrived, so they stepped inside the breathtaking sanctuary to take in the Christmas celebration.

Next stop, the “Top of the Rock” at Rockefeller Center!  The girls later trekked all over the city and visited Grand Central Station, Washington Park, and last but not least, an evening viewing of the city lights from the top of the Empire State Building. “Everything was so beautiful– It was just really amazing! We walked at least five to six hours every day, so we were able to see a lot!”

The next day the girls took a boat tour to visit the Statue of Liberty and Elis Island. “It was really neat because we were even able to find a big photo of one Hungarian immigrant on the wall of the Ellis Island Immigration Museum! We also visited the New York Stock Exchange and the new 9/11 Memorial.” 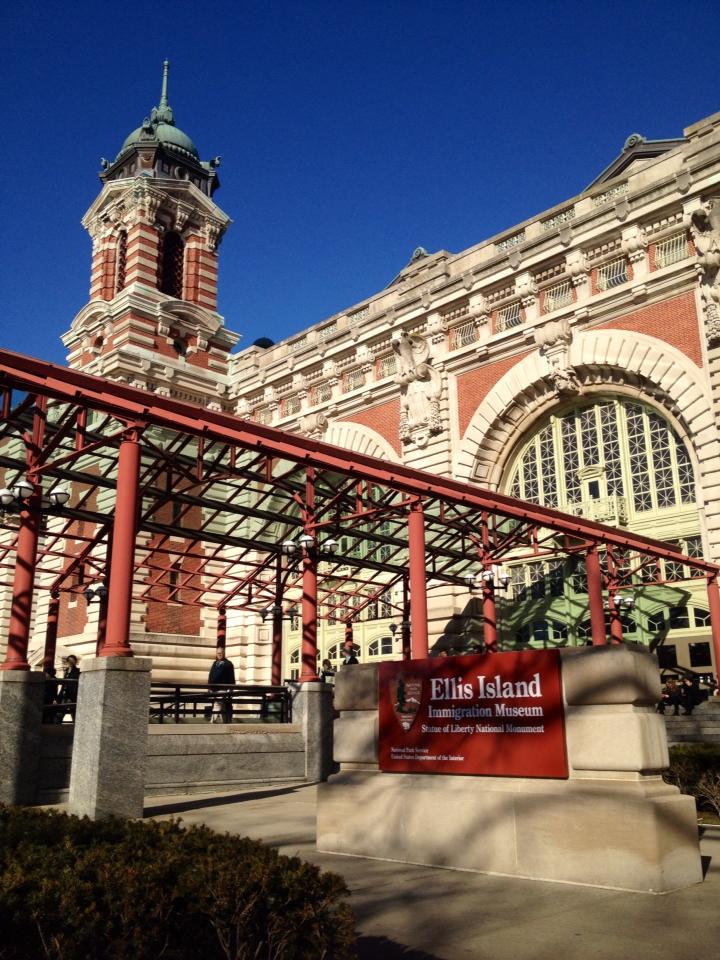 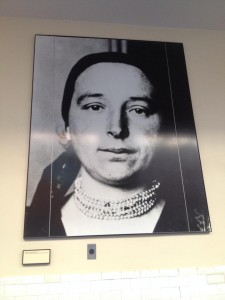 Throughout the next couple of days the girls visited the Metropolitan Museum of Art, the Museum of Modern Art, the American History Museum, Little Italy, China Town, Yankees Stadium, Central Park, and had lunch at Serendipity! 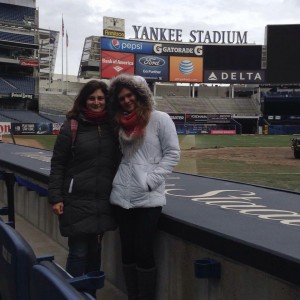 During their stay, Regina and Szilvi dined at a Hungarian restaurant and learned that the owner had immigrated to the Untied States from Hungary 15 years ago. “We were really surprised to find out the owner was actually from Hungary! It was really cool!”

Later that day, Regina and Szilvi connected with two more Hungarians, a CAEP trainee, and her friend from university.  Andrea Szombati is also participating in a CAEP Horticulture Program and is training at Metrolina Greenhouses in North Carolina.

On New Years Eve, the girls spent the evening with a group of mutual Hungarian friends at a Hungarian club in Brooklyn. 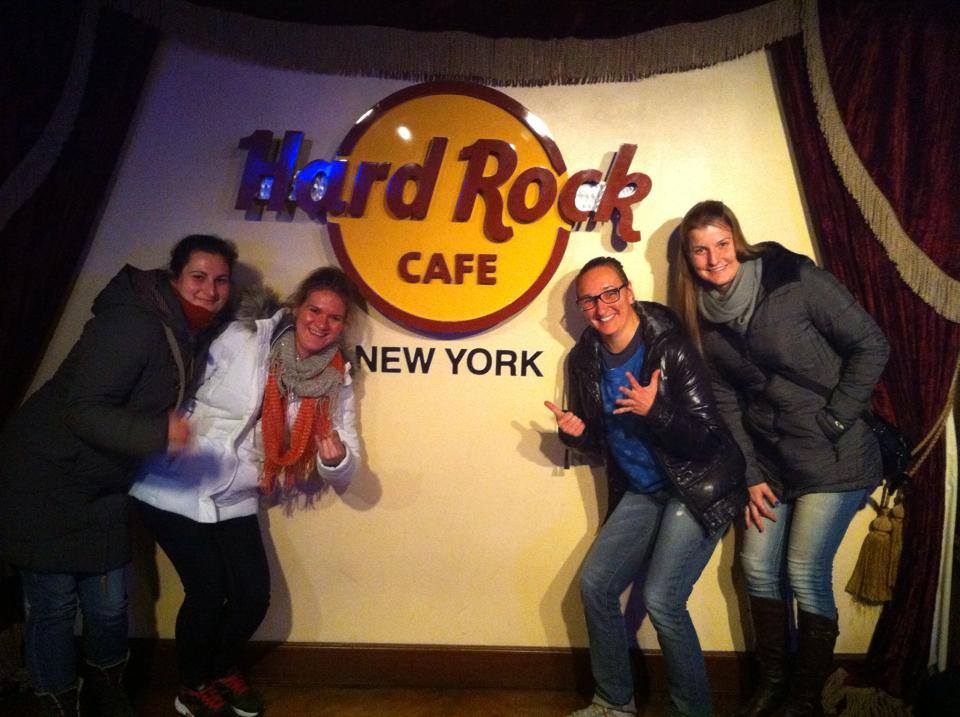 “I was really disappointed when there was no snow in the city. Although, we had a great time, and the city was beautiful with all of the lights and decorations!”

“My 11 months in America has gone by so fast. 2014 was my best year of my life. I got a lot of work and life experience, and I know how the system works at the American greenhouse now. My English is also getting better, and I am so glad I learned about the American culture. I had a fun 4th of July at Noah’s Aquapark (America Biggest Waterpark). I took part in CAEP Fest and met with the CAEP founder and employees. I had a Halloween party in October, spent 10 days in NYC in December, visited Minneapolis, Chicago, Niagara Falls, Washington, Georgia, Florida, Tennessee, Las Vegas, San Francisco, Los Angeles, and Missouri! We traveled 5720 miles over 20 states. I also had the chance to visit my family’s friend in Toronto, Canada, and my family in Chicago.  Some of the American employees at Bergen’s Greenhouse said I have traveled and to more places in the USA than they had!” 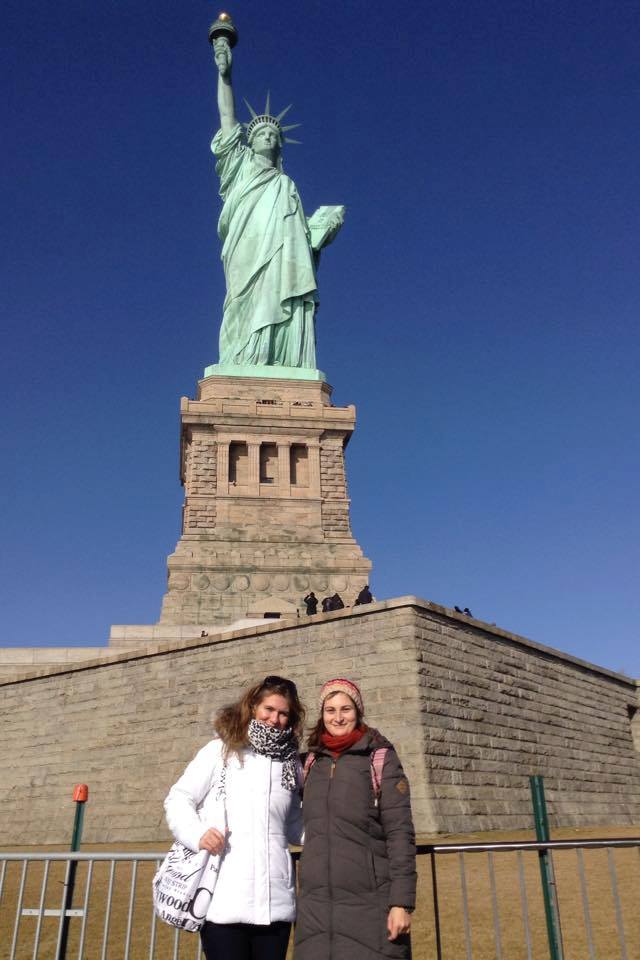 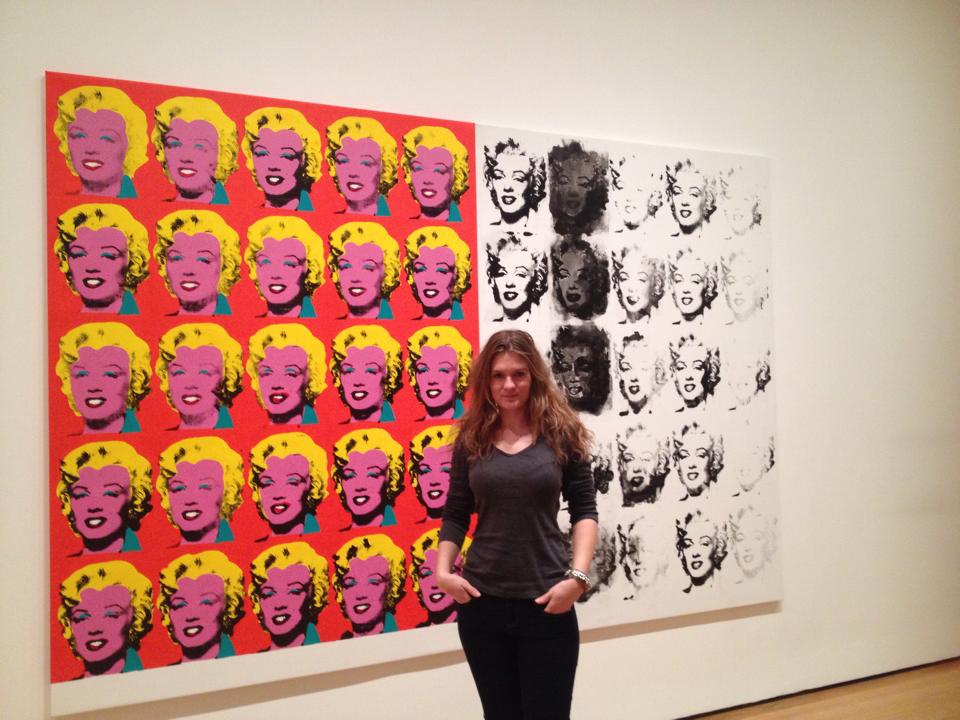 Throughout Regina’s training, she maintained many responsibilities including using a special computer system to record inventory in the greenhouse, preparing paperwork, shipping and delivery documents, and making labels.  “I was so glad to have had a really responsible job,” Regina explained. In addition to helping with the business side of the operation, Regina helped plant and water Poinsettias, Chrysanthemums, Perennials, Annuals, Easter and Asiatic Lilies.  “I know with my American experience I can get a better job in Hungary. CAEP was the best choice ever, and my dream came true. I can say I worked and lived in America!” 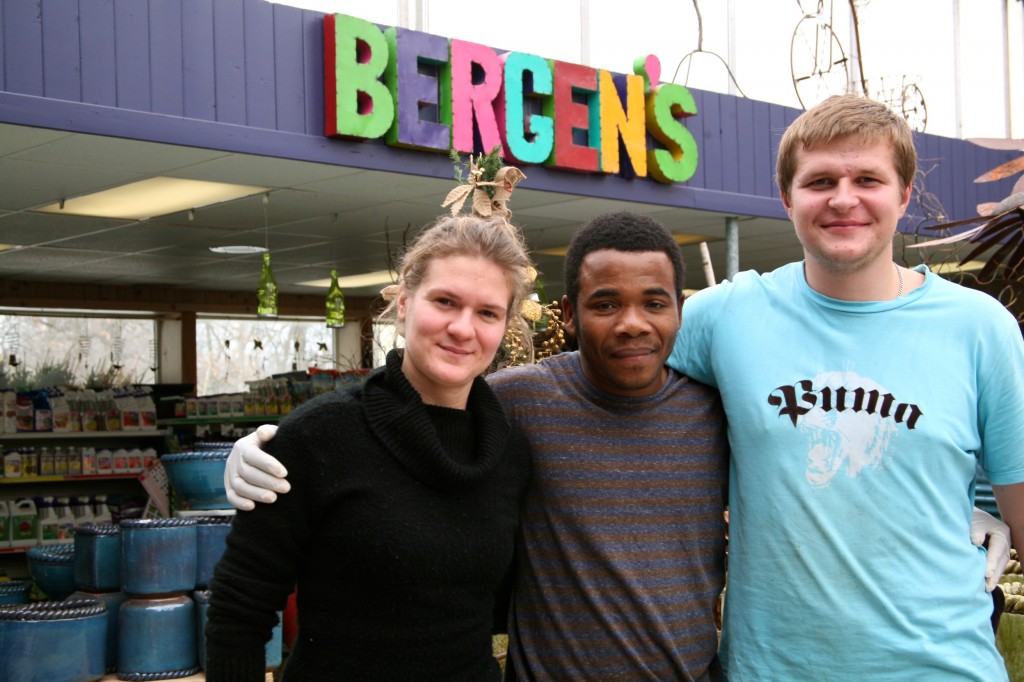 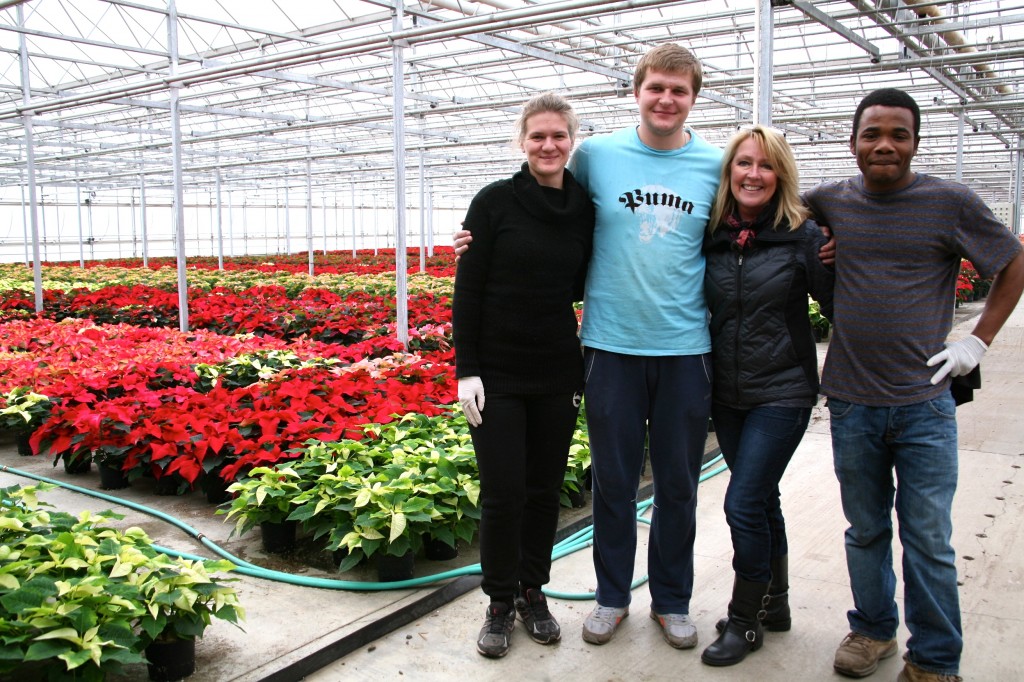 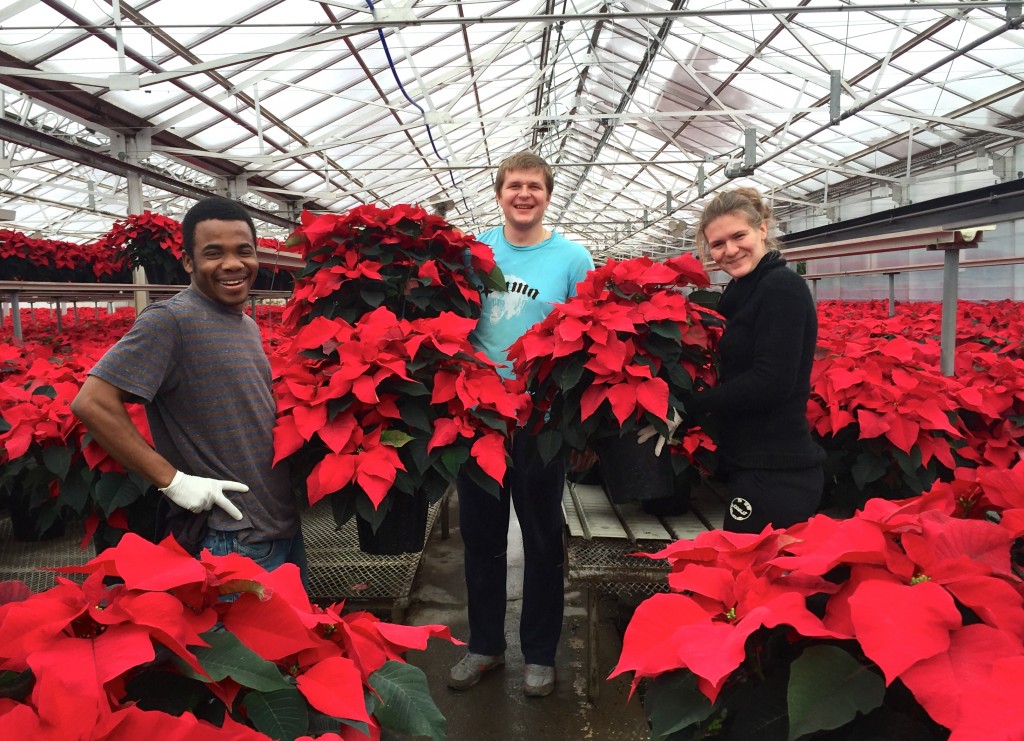